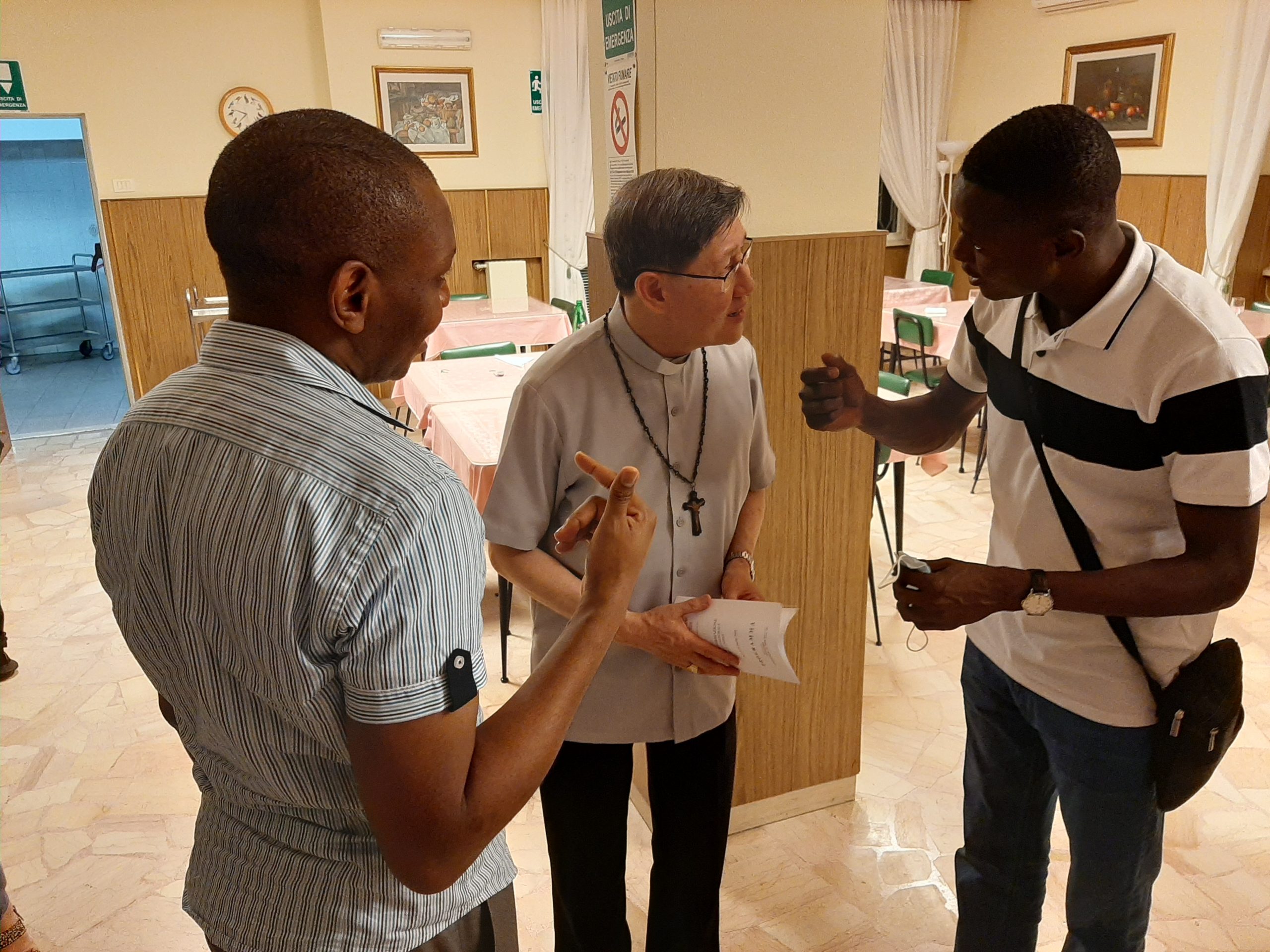 May the souls of the Ondo massacre victims rest in peace 🙏🏾

Last week, I emphasised that we should learn from Jesus, who asked his disciples for feedback on his ministry and mentioned that the disciples gave Jesus honest feedback.

A prevalent perception is that giving an honest response to the authority may have consequences on the subordinate who commented. Today’s post draws lessons from Peter’s approach to Christ.

When Peter testified that Jesus was the Christ, Jesus commended Peter and promised to build his Church on him, and Jesus began teaching the disciples that he must suffer and die. The scripture then reads:

“And Peter took him aside and began to rebuke him, saying, “God forbid it, Lord! This must never happen to you.” But he turned and said to Peter, “Get behind me, Satan! You are a stumbling block to me; for you are setting your mind not on divine things but on human things.”  Then Jesus told his disciples, “If any want to become my followers, let them deny themselves and take up their cross and follow me” (Matt 16:22-24; Mark 8:32).

From the text, we see that Peter did not rebuke Jesus before other disciples. He took Jesus aside. According to the Cambridge English Dictionary, to rebuke is “to speak angrily to someone because you disapprove of what they have said or done”. The scriptures did not report the exact words Peter used in rebuking Jesus.

The reason is that only Peter and Jesus knew the words. Jesus did not write, and Peter would not reveal his exact words. If Peter had rebuked Jesus publicly, the other disciples would have heard and probably, it may have been recorded. More importantly, the other disciples would have been displeased at Peter’s disrespect of their master. Interestingly, although Peter rebuked Jesus privately, Jesus reacted publicly.

I must emphasise that my post is not to support Peter’s opposition to Jesus’ necessary path to our salvation; instead, my interest is in the strategy he adopted in conveying his message. Here lies the difference that has led to the prevalent view that the authority does not want to hear the truth.

It is uncharitable to the authority because we simply want them to continue in their mistakes, which perpetuates the negative consequences of some of their policies—consequences that may be detrimental to evangelisation and salvation of souls. It is uncharitable too because we want the bishop or superior to continue misleading the flock entrusted to him or her—shortcomings that Christ will refer to in their judgement on the last day.

It is unchristian because it contradicts our professed love for the Church. After all, if we sincerely love the Church, we will recommend ways to promote it. It is also unchristian because Christ would not do so. This same honesty is required in our informal private discussions with them. We must remember that offices and their paraphernalia estrange officeholders from reality. Out of respect, people diplomatically change discussion topics when we join their company.

On the other hand, if our superiors seek our counsel publicly or we need to speak at gatherings, we need to measure our responses in areas we disagree with them. Here, it is not that we do not tell the truth; instead, we need to be diplomatic. More sensitive information could be given privately. Our superiors occupy an office that requires public respect and obedience, which negative public comments undermine as some may pass off as insults or an attack on the officeholder.

Indeed, we were humans before occupying an office. We love to romance our egos; hence, we rarely want to be told publicly that we are wrong. It requires a high level of emotional intelligence to accept sharp criticisms in meetings we convene. We can learn from Jesus, who regularly endured these from the Jewish leaders and the crowd.

Before we conclude that our bishops and superiors do not want to hear the truth or condemn them for not listening or acting, let’s ask ourselves where and how we spoke to them. As Church authority in the parish or school, do we prefer to get certain information publicly or privately? Are we likely to respond positively to information we receive publicly or privately? How do we respond to contrary views at parish council or school staff meetings?

I am a priest of the Catholic Diocese of Okigwe, Nigeria, and an advocate of the indispensable role of religion in contemporary society. My academic background includes degrees in philosophy, theology, education, peace and conflict resolution, religion, and canon law. These studies give me a broad perspective that helps in an existential analysis of the teachings of Jesus Christ and the Catholic Church.
View all posts by Chidi